How the hell could this happen? Tragedy as eight people die and many others injured after crowd surge at Astroworld Festival in Texas 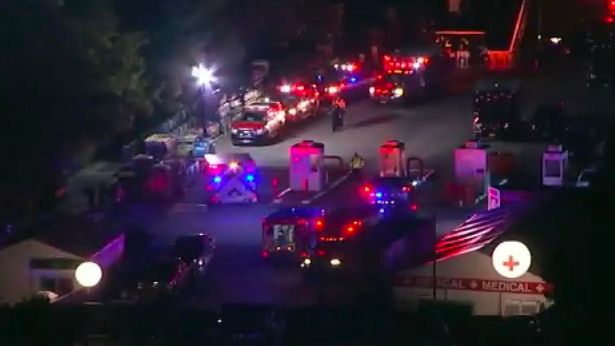 When I woke up a little earlier this morning, I noticed there was a breaking news notification from the BBC News app on my phone. I clicked on it and found out about this truly awful story. I’ll outline the few facts that are currently known.

At around 2.15am local time in Houston, Texas, there appeared to be a crowd surge at the Astroworld festival. Rapper Travis Scott had to stop his set repeatedly because he kept seeing people in distress. The event was cancelled after staff on the ground finally realised the severity of what was going on.

Reports on social media from witnesses are incredibly distressing – I won’t share the details just now as they haven’t been corroborated, but it sounds like a number of people presented to the medical authorities with their internal organs having been crushed. A while ago, I was reading eye witness accounts about what happened at the 1989 Hillsborough disaster, and what I’m reading this morning bears an eerie similarity.

The festival itself has now been stopped. Saturday’s events will not happen, as the whole thing has now been cancelled. Eight people are confirmed dead and numerous others – the extent of which should become clearer soon – have been injured.

Questions will no doubt in the coming days be asked about the organisers of the festival Live Nation, security on the day, whether there was any aggravating factors which caused this disaster and so on. There are already claims, for example, that a number of individuals had breached security to get into the venue.

And those questions will be forthcoming very soon. Right now, let’s allow the authorities to deal with this incident and to mourn for the dead. Because at this time, eight families have someone who went to Astroworld to have the time of their lives and will now not be coming home.

And that is the biggest tragedy of them all.

Due to today’s events at Astroworld, the blog schedule for Saturday is slightly different to normal. This weekend’s Saturday Recap follows at midday, and the Six On Saturday column will be at 4pm.