Mousse T calls out Glasgow Underground boss Kevin McKay for doing a “proper ripoff” of his 1999 remix of Moloko’s “Sing It Back” – and just like the Danny Tenaglia controversy, it’s getting very messy… 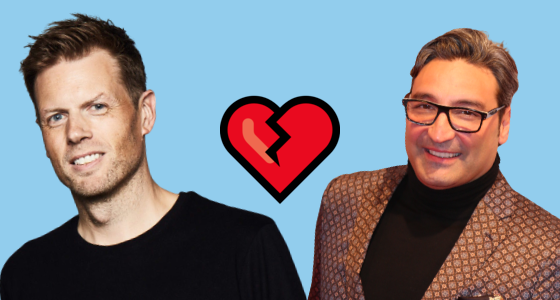 Update – (14/12/2021) Kevin McKay points out that T Markakis was in fact paid shortly after he went public with the allegation. More than happy to correct the record.

So it looks like I’m about to write another piece on Glasgow Underground. The subject of this record label has arisen a few times this year. There was the time Danny Tenaglia found out the label released a cover of his song “Music Is The Answer” with Celeda. Or there were allegations from rising star T Markakis that he hadn’t been paid properly by the label.

Or there was some stuff about the aforementioned T Markakis failing to disclose where certain samples he used had come from. And now Mousse T, who has been making house music in Germany for around 400 years, isn’t happy. He was checking his promos online and came across this…

Isn’t this a bit cheap? #glasgowunderground #kevinmckay
Proper ripoff of my mix of sing it back and he even uses the same name for the mix 🤦‍♂️ @roisinmurphy #moloko pic.twitter.com/6GFXxka129

Notice the song “Sing It Back” by Kevin McKay? It turns out this is a cover of Moloko’s song from 1999 – infamously remixed back in the day by Boris Dlugosch, Can 7 and Mousse T. The remix by Mousse T was heavily influenced by “I Feel Love” by Donna Summer – and as I understand it, everyone involved with the Donna Summer was song was compensated very nicely for it at the time.

Mousse T isn’t happy because “Mousse T’s Feel Love Mix” and “Original Feel Love Mix” sound very smiliar – amongst other reasons. And McKay isn’t happy about the criticism – accusing Mousse T of sending him a “pretty rude” email, and bizarrely claiming that he “used his influence at BMG to have us remove it” after he got an email from the music giant saying the cover wasn’t authorised – an allegation denied by Mousse T himself.

“I made a cover version of Mousse T’s I Feel Love remix of “Sing It Back” to release at Xmas time as a party banger. Before I did it I checked on the PRS website and it’s registered as its own song with 50% Moloko and 50% to the writers of I Feel Love.

To me, it’s a legitimate song to cover. DJs seem to like it. Mousse T doesn’t. He sent me an email that just said “Really?” And when I tried to speak to him about it, he just got abusive and started calling me names. He then got in touch with BMG who sent me a legal notice to say my cover was “unauthorised”. Apparently I used the wrong bits of “I Feel Love” in my cover and didn’t do it exactly as Mousse T did it. Which is weird because Mousse T has no writing credit on his “version”.

I’m working on fixing it so that they are happy. In the meantime, Mousse has taken to Twitter to basically troll me. In the same way Danny Tenaglia attacked Mike Vale. To my mind, these are two men looking to stop someone doing something that is perfectly legal just because “they don’t like it”. Our cover versions don’t appeal to everyone (I saw Fred Everything, Hauswerks, Josh Butler and others all chime in in support of Mousse’s trolling) but they are perfectly legal.

What we do is no different to what Aldi do with their products. If Moloko are Nutella, our version is Nutoka. What guys like Mousse T and Danny Tenaglia are doing is saying to other producers, “if you do what Kevin McKay does, I will shame you online”. This keeps their versions from having any new challengers to those songs in the dancefloors or today. To me, they are like the playground bullies of dance music trying to force people to act in a way that protects their status.”

As for Mousse T and BMG, they haven’t replied to my emails at the time of publishing…