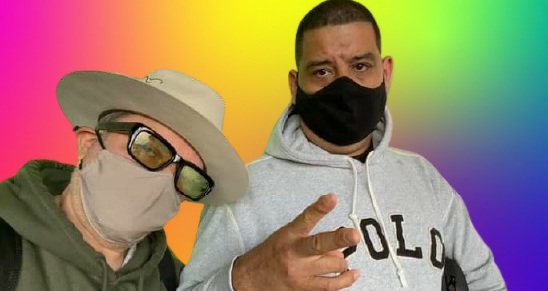 Dance music is in an extremely odd spot these days. All the trends on streaming and download sites point to an insatiable appetite for nostalgia. Regular readers might recall an article this site published in December, pointing to the high number of remixes of older records in the Traxsource best sellers for the year.

For a genre which is traditionally used to eternally looking towards the future, this creates an unusual situation. On the one hand, they want to tap into this trend – not least because it helps make them money. On the other, many in the industry know that there isn’t an endless supply of older records to rinse for cash all over again.

Tapping into nostalgia for the 90s – an era which is constantly viewed these days in the most dewy-eyed, rose-tinted manner possible – is something which there’s money to be made out of. And Masters At Work, the duo consisting of long-time friends Louie Vega and Kenny Gonzalez, are absolutely no exception to the rule.

Back in 1993, they founded a group called Nuyorican Soul. The idea behind the group was to allow them to showcase things which wouldn’t fit under their very successful Masters At Work brand. There was plenty to show off as well – aside from “The Nervous Track”, there were releases such as “Mind Fluid”, “Runaway”, “I Am The Black Gold Of The Sun” and “You Can Do It (Baby)”, featuring George Benson.

The two gentlemen have now decided that it’s time to acknowledge that success, by appearing at the We Out Here festival at the end of August. Posters for the event state “Masters At Work celebrate 25 years of Nuyorican Soul”. Yet amidst all this, one rather awkward point hasn’t been mentioned.

And that’s the fact that Nuyorican Soul haven’t released any original material for 24 years. Discogs listings reveal the final release from the band was “I Love The Nightlife (Disco Round)”, a distinctly underwhelming collaboration with India. This came out in 1998 – and as far as I’ve been able to establish, no further new material was ever released.

Now, this site doesn’t question for one minute how talented Vega and Gonzalez are. They have the distinct ability to work with top talent and somehow bring out the best in everyone around them. But it’s hard to see this as anything other than someone trying to milk a cow dry that’s effectively been decommissioned for over 24 years…

After a footballer’s arrest, questions of culture in music too