This is what happens when you hire interns and not experts! Mixmag plug 2017 article about “Ibiza horror stories”, including the rapist Erick Morillo… 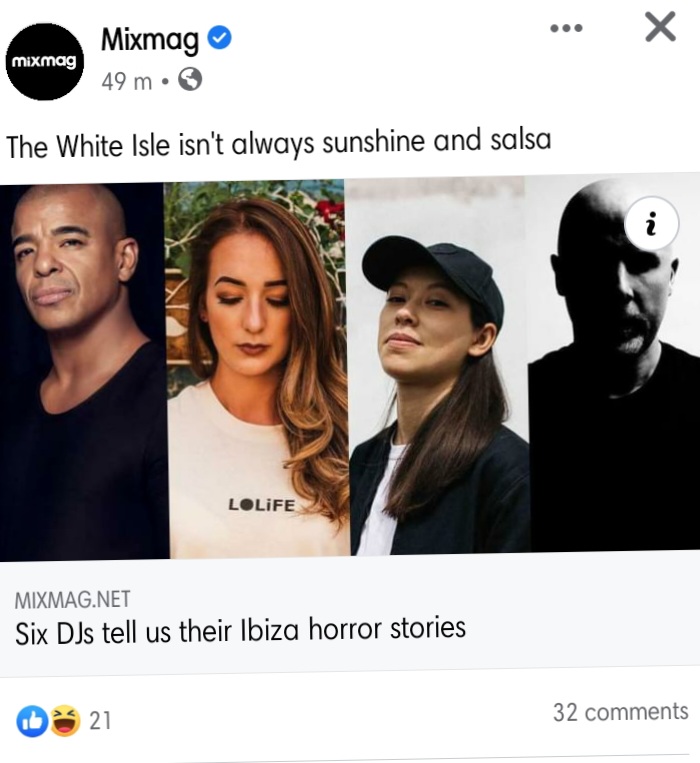 During August 2020, American house DJ and producer Erick Morillo was charged with rape. This was after he turned himself in at a police station for questioning. He was due in court on September 4th, but was found dead in his home three days earlier.

The woman he was accused of raping was fellow DJ Kristen Knight. I’m allowed to tell you this, because Knight waived the anonymity that those who make allegations of rape are granted in many jurisdictions worldwide. She will never be given a decision by a court of law – the view of this blog is he was guilty as sin.

So you’d imagine Mixmag, a publication that has been writing about all things dance music since 1983, would be acutely aware of all this, right? And you’d further imagine they’d treat any archived articles which feature Morillo in a sensitive manner, right?

Er, wrong. Because last night, this appeared on their Facebook page…

This is an article which originally appeared in 2017 – Mixmag has a habit of promoting old articles on weekends due to their staff of mostly interns only working from Monday to Friday. And the plug for the old article is bad enough – with the headline making it worse.

And in a rather sick twist, Morillo speaks in the article about feeling “violated”. You honestly couldn’t make this up.

Update at 10am – Mixmag have removed the post in question. No explanation as to what happened, no apology. And they haven’t responded to me either…