New website, new you! Derrick May’s master plan to rehabiliate himself into the world of techno – but look what picture his stooge has put on the front of his site! 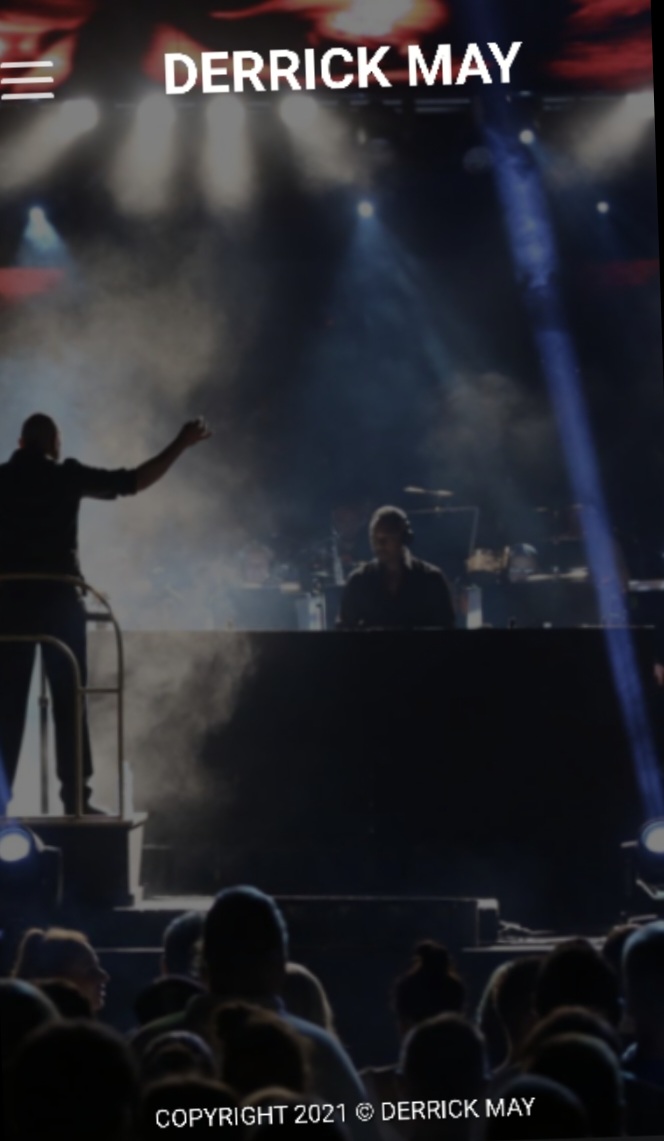 Behind the scenes at the moment, there is quite an orchestral sized effort going on to rehabiliate Derrick May. It’s all part of a desperate attempt to salvage his career. And I have spoken to a number of sources to try and collate what this plan consists of.

First of all, let’s get one thing out of the way. It categorically does not involve the idea of Derrick May doing a tell-all interview in the press where he denies the allegations or even accepts some of them are true. And it certainly won’t involve an apology of any kind. As I understand it, when the concept of an interview was put to him, May rejected it outright.

The plan appears to have a lot to do with social media. They’ve decided he just needs to improve his offering online, apparently. And to that end, May has recruited Mike “Planker” Weston to help him redesign his website. A source explains the logic, telling me “it’s limited what he can control on social media, but Derrick would have total control over his own website”.

According to DomainTools.com, Weston (or just “Mike”, as he calls himself there) purchased the domain back on May 5th this year, and has it until June 2024. And whilst he was prepared to pay to have control of the domain name for three years, he wasn’t prepared to pay extra to have his personal details removed – as opposed to yours truly…

Anyway, the website appears to go up for very short periods of time before coming back down again. Fortunately however, a source appears to have had better luck of things – and wait until you see what picture Planker Weston has decided to use!

I assure you that your eyes do not deceive you. Derrick May has been comprehensively exposed as a man who cannot play the piano – remember the infamous video where he talks about the musically impossible notion of “finding a different key throughout the song”?

I’m sure you do – so naturally, Planker chooses a picture of May behind a piano to stick on the front page of the website.