Amapiano: the house sound built up over a decade across Africa – but could they fall victim to the historical infighting seen in other genres too? 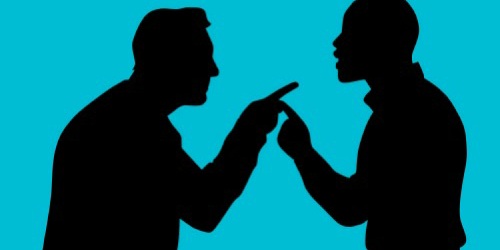 There are people out there who frequently push out the line that Africa, as a continent, is a basket case. They’d have you believe it’s a place founded on corruption and failure, and that the whole continent is ravaged in war and poverty. Such images for the mind are often pushed by charities with a fundraising agenda – the BBC’s Children In Need comes to mind.

And some of it, to be perfectly blunt, is based on racism. Every country in Africa was owned by another country at some point. Gambia, Nigeria, Kenya, Zimbabwe and many others were under British control for years. The disturbing mindset that these countries were better off under colonialism – infact, the current British Prime Minister has argued precisely this point in the past.

This blog is firmly of the opinion that this is complete nonsense. I think that for the African continent, their best days are ahead. A new generation is coming along now, to whom the colonialism of the past is something in the history books. Their immediate concern will be seeing lives get better now and in the future – not in dealing with matters that happened before they were born.

They’re becoming more confident in themselves and what they believe in. Now, house music has been popular in South Africa since the early 1990s – and its popularity has risen in much of the continent since. So it was only a matter of time before African variants of house music started to emerge – the only surprise is they took so longer.

Amapiano is the current favourite, with its roots going back at least a decade – although the effective suspension of most international travel during the pandemic has led to the genre exploding over the past year, not least in South Africa. And anyone who reads Amateur’s House knows full well I like to see history chronicled properly – which it wasn’t when house music emerged in the USA in the 1980s.

The originators in the USA can’t even agree on who did what, making the job of working it out for the rest of us a pain in the backside. Only recently, this blog covered the row between Jesse Saunders and Farley Jackmaster Funk after Saunders discovered a now digitized interview from 1986. I’ve also extensively covered the way Detroit techno is eating itself over its own history – and one particular person’s questionable role in it.

In theory, working out the roots of Amapiano shouldn’t be as difficult – not least because part of the growth of the genre was because of the internet. All we have to rely on for the older genres is the memories of those who were there – some of whom might have fading memories, and some who are deliberately embellishing their own roles for the history books.

Will the same happen with Amapiano? I hope not. But although I’m no expert on this genre, rest assured I’ll be watching closely for discrepancies in historical accounts.