May God help us! After Cardi B signs global co-publishing deal with Warner Chappell, their US head of A&R says (with a straight face) she’s “a defining artist of our culture”… 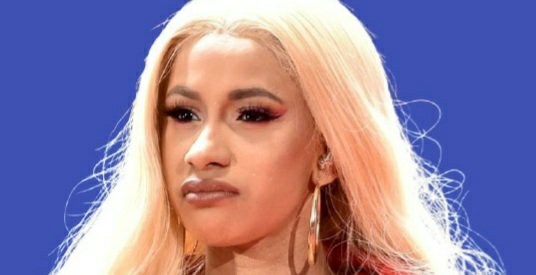 Even for the po-faced bunch who run Music Business Worldwide, keeping a straight face when writing this article must have been a tough ask. Apparently, that great artist Cardi B – real name Belcalis Marlenis Almánzar – has signed a worldwide co-publishing deal with Warner Chappell.

And to tell us how great this deal with Almánzar was, Ryan Press was wheeled out. Who’s he? Only the president of A&R at their US division. He said “Cardi is a defining artist of our culture – a master lyricist and show-stopping performer who’s already racked up a deep collection of hits after just six years in the game. Her distinctive voice, fearless authenticity, and unmistakable style have elevated her into a world of her own.”.

Interesting definition of “culture” you’ve got there, Mr Press. Was the time Almánzar threw a high heeled shoe towards Nicki Minaj back in 2018 at a fashion show afterparty an example of her defining culture? Or was she showing how cultural she was when she “drugged and robbed men” who came with her to hotel rooms for sex with her – as she admitted to in a 2016 video?

She certainly wasn’t showing much cultural awareness in June of last year when she used the word “chinky” – a particularly offensive term for a Chinese person. Almánzar claimed she used the word in reference to her own daughter’s eyes and feigned ignorance when the term’s definition was explained to her.

And even Press would be hard pushed to describe “WAP”, her hit song with Megan Thee Stallion as being anything approaching a definition of culture. The song, whose name had to be reduced to initials due to it being called “Wet Ass P***y”, is mostly about how the two ladies like to be pleasured in the horizontal department. Because we all clearly need to know, don’t we?

I don’t honestly know how anyone involved in this process, from Ryan Press himself all the way down to the dutiful journalists writing about this, managed to keep a straight face when presented with such ridiculous, half-baked statements…