Do these people think we’re idiots?  Spend $49 to have 100 people listen to just 30 seconds of your song at Sounders Music –  and “build your audience” despite their Facebook account having just 3 followers… 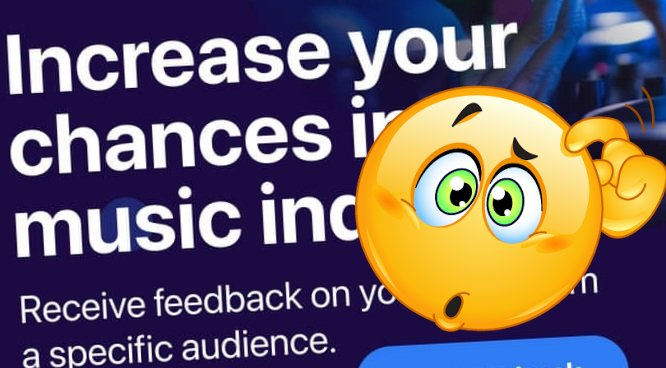 One thing which I keep seeing adverts for when scrolling Facebook at the moment is something called Sounders Music NL. Their advert makes the enticing claim that it could “increase your chances in the music industry” – and when people’s chances of success are tiny to start with, such a boast could be very tempting for someone who just wants some help.

But something didn’t seem right about this company to me from the off – so I decided to start investigating. Their own website, for example, promises to “get your track rated by 100+ people (including music professionals) and receive insight into your music”. And apparently, the audiences are carefully curated so they’re appropriate for the music you make.

However, here’s the kicker. If you want to submit a record to see what everyone makes of it, it’ll cost you €49. And that’s the price for just one song – meaning if you want to test the waters with a couple of songs, you could soon find yourself spending hundreds. Oh, and did I mention they won’t even listen to the whole song?

All they’re going to listen to is 30 seconds. Now, you can pick exactly what 30 second section you’d like them to listen to, but that’s it. Suddenly, the offer by Steve Lawler during the pandemic to listen to your record for $31 – before the infamously temperamental DJ invariably tells you he hates it – sounds like quite a bargain in comparison.

Sounders Music also claim they can help increase your audience. Such boasts are hard to take even remotely seriously when you take a look at their social media followings. On Twitter, they have 4 followers and have only tweeted twice – the last tweet was on 6th May 2019, over two and a half years ago. And their Facebook account somehow manages to have even less followers – just three.

As for any successes? Their website makes much of a band called The Lighthouse from Belgium. They’ve been signed to indie4talent, a record label run by Sounders Music. They’re the only artists signed, as far as I’ve been able to establish. When approached by Amateur’s House with questions about their experiences with Sounders Music NL, they declined to comment.

Sounders Music NL were also contacted ahead of publishing this article to see if they wanted to say anything in response. No correspondence was ever received…