After a week of blocking and stonewalling, Ian Urbina apologises over allegations aimed at Outlaw Ocean Music Project – but why the sudden change of tone? 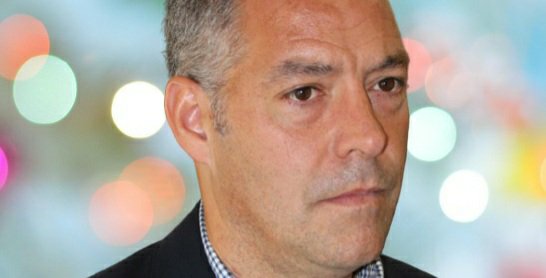 A few people have asked me recently why I haven’t published any posts on the subject of Ian Urbina. In case anyone isn’t aware of this, a YouTuber called Benn Jordan uploaded a video on December 2nd pointing out the existence of the Outlaw Ocean Music Project and some curious arrangements that were in place.

So what is the Outlaw Ocean Music Project? Digital Music News defines it well here…

“It’s a series of albums and EPs that are inspired by Urbina’s book and reporting series – The Outlaw Ocean. The work focuses on piracy and the lawlessness of the ocean, including human rights and labor abuses. The call-out video says ‘at least’ 462 artists signed contracts with Urbina to be featured. More than 2,000 songs have Urbina listed as co-artist. Jordan says Urbina received more in royalties than the musicians who wrote and recorded the music.”

Initially, Urbina’s approach to the story consisted of accusing Benn Jordan of “mass trolling” and to block anyone asking awkward questions. An unworthy response which only a monumental idiot could fail to realise would only lead to more coverage – when you’re in a hole, continuing to dig is not a smart idea.

Over the past few days, his attitude has changed somewhat after realising that this wasn’t going to go away. He’s now “apologised unequivocally” whilst still claiming he didn’t make any profit out of the scheme. Urbina has also been inadvertently aided by Jordan himself, who made the important mistake of not fully understanding the contract he’d signed.

He also admits to a certain amount of ignorance on his part, stating he had little understanding of the music industry and the difficulty in getting a song to go viral. So what’s behind this display of partial contrition? A genuine sense of regret, perhaps?

Not exactly. Just go to the end of the article on Digital Music News to see what’s really going on. Notice the words “considering legal action against the label”? Here’s the crux of the matter – when lawyers get involved, things get expensive. And this – not just his contrition, but the whole matter- smells like it’s got lawyers all over it.

So the answer to why I haven’t written about this before now is simple. It’s because I don’t know what to think. There are artists convinced they’ve been scammed, artists who don’t think they have and Ian Urbina saying they definitely haven’t. And as is often the way these days, it could cost a lot of money to find out…