That moment when you can’t work out whether they’re stupid or just trolling you: PR firm keeps sending this blog a new song to review – by someone called DJ G-String… 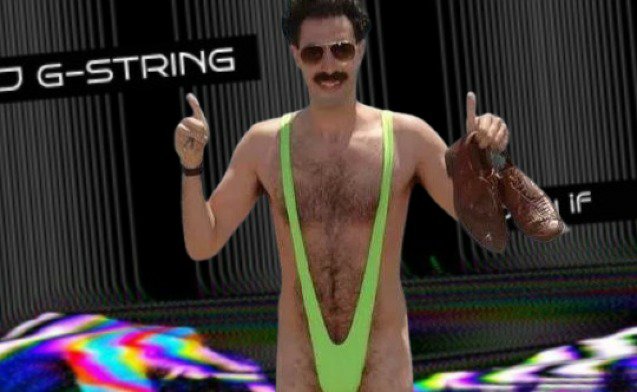 This blog is proud to stand on its own. I don’t pinch stories from other people, I write about things in exactly the way I see them, I make all the editorial decisions and I absolutely don’t do any press release churnalism. Of course, this doesn’t stop PR companies and the like trying to send me press releases occasionally anyway.

Most of them are briefly glanced over before being deleted and never thought of again. But there are a few who just don’t get the message. So I thought I’d write a few words about them on the blog – but I get the feeling this probably isn’t the sort of publicity this PR firm will be hoping for their client.

And then I realised the name of the artist – DJ G-String. I thought the name was some kind of joke pseudonym at first – until I did a quick search on Google and discovered it was real. It appears she’s from Chicago and is being promoted as something of a rising star.

This is the sort of name which will no doubt attract novelty to it and bring in streams, but will she still want to be known as this in 20 years time?

Oh, and for the benefit of The Playground and DJ G-String, here’s my feedback. I think the track is awful. The vocals try to be uplifting but just come across as weak and barely audible in parts of the song. I don’t know if that’s because they’re being overpowered courtesy of a bad mixdown or it’s just because they’re crap, but the result is much the same. It’s an absolute mess.

There you go – copy and paste the link to this post and send it all over the place. The PR firm Masters At Work used for the awful “Mattel” did the same thing…