In Soviet Russia, the record plays you! How bootleggers used to get around a ban on Western music in the communist state by cutting records onto used X-ray scans – just don’t ask about the sound quality… 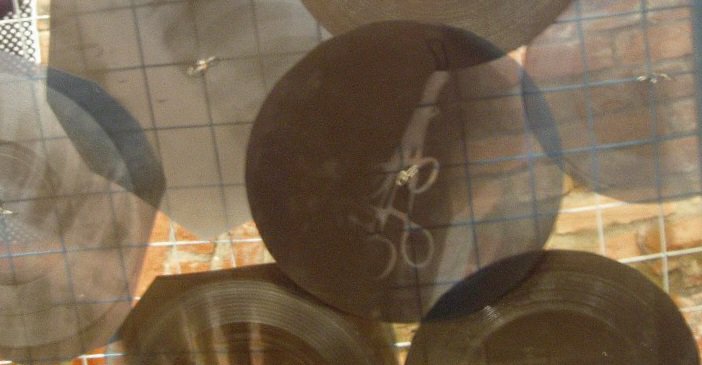 If there’s one thing which will always get my interest at Amateur’s House, it’s history. Because whilst people may disagree over stories currently in the news, they tend to disagree even more when interpreting historical events. Wonderful for a mischief maker like me!

Time was that I used to receive a large amount of Woolworths vouchers for Christmas. The majority of these were subsequently used for buying music – this, of course, was back in the days when obtaining music required time, effort and money. You needed time to go to the shops, the effort to get there and the money to spend when you arrived.

And compilations weren’t exactly cheap. Most albums at my local Woolies cost £15. That bought you somewhere between 35 and 45 songs, depending on what you listened to. It’s not like these days where you can just go to a streaming site and listen to whatever you want – you actually had to make an effort!

But at least there was no legal barrier to stop us buying them. The citizens of Soviet Russia enjoyed no such pleasures. The music they could listen to was controlled by the state – anything perceived as even remotely Western was banned. However, there was a way around this if you knew the right people.

It was actually possible to obtain music illegally thanks to X-ray scans. What used to happen was people would take old X-ray scans from hospitals and cut them into the shape of a 7 inch disc. For the hole in the middle, it was simply burned into the “disc” with a cigarette – which were never banned by the Soviet regime. A specialist machine could then press music onto the scan, creating grooves.

The sound quality of the resulting X-ray vinyl was terrible – but when it was a choice between listening to a poor quality version or no version at all, people soon knew which was their preference. They were also cheap and easy to dispose of, making it harder for the authorities to detect.

Each scan would play only a handful of times – a particularly good pressing might get you around 12 listens. And people complain these days if they have to do a Google search to find a song. They don’t know they’re born…

The Six On Saturday column returns in its regular slot next week.

Fresh from success over the campaign to get a garage category on Traxsource, Danny J Lewis has started a new crusade – to get legendary producer Joey Musaphia back in the studio…

Way to make a guy feel old just as the weekend’s getting started! Frankie Knuckles would have been 67 years old this week – and which BBC radio station mentioned this? Radio 2…